Things You Should Know About Shih Tzu Breed: The Pros and Cons

You may be considering bringing Shih tzu dogs into your home but keeping a pet is a huge responsibility. Even little pets would require full-time commitment and dedication so it’s important to make sure you know exactly what kind of dog you’re bringing in to your home. Don’t be fooled by their small size and rather unintimidating barks. This breed has got a lot to show for!

The name Shih Tzu literally means little lion. It’s indeed a perfect name for such a little pet. They are small creatures weighing around 4 to 7.5 kg and roughly 20-30 cm tall. Generally, they’re about the same height as Pomeranians. However, these guys are called lion for a reason.

These pets are bold and energetic! They are quite the adaptable breed, too. It doesn’t matter whether you live in a small apartment or a huge country home, these dogs just want to be by your side wherever you are.

They don’t require too much daily activity

This should be fun for those who probably don’t have as much time as other dog lovers out there. Furthermore, it’s also an ideal companion for seniors who can’t keep up with the lifestyle of a very active dog. Shih Tzu dogs will basically just stick around with you wherever you are and whatever you’re doing. If you feel like taking a nap on the couch, they will snuggle up with you and doze off. And if you’re in the mood to cook a nice dinner, just leave out toys for them and they’ll keep themselves preoccupied so you can have your alone time.

If you’re very active, don’t start crossing off this breed on your list. They are high energy dogs who can also keep up with your active lifestyle. They would be more than willing to jump around with you and chase you through the park. 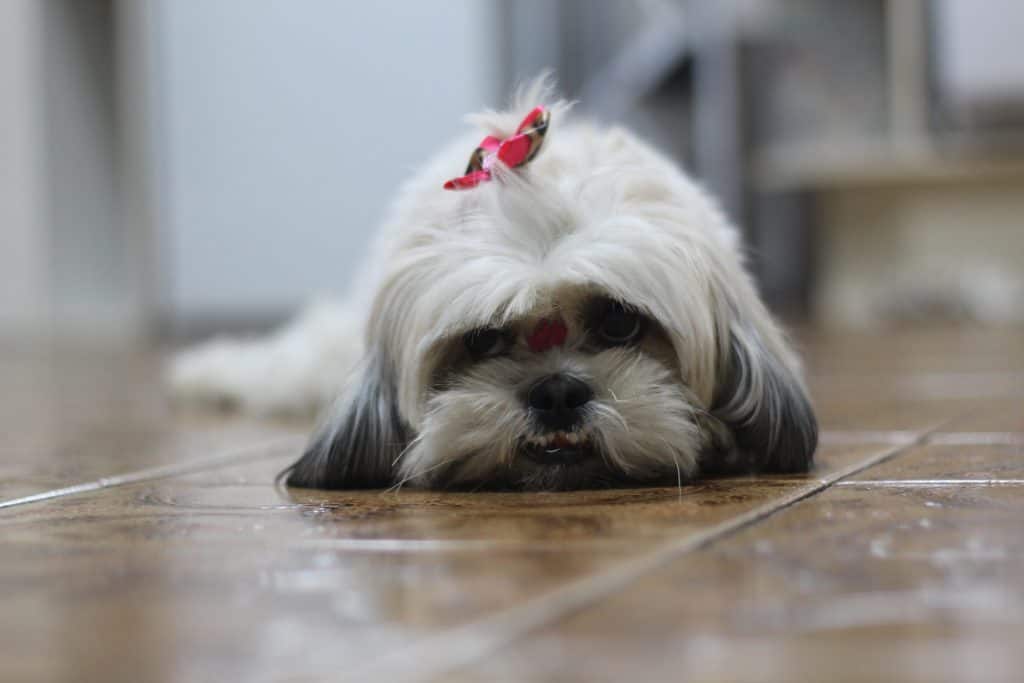 Shih Tzus are known to be a rather stubborn breed. The key is to interact with them when they’re still young and train them to be obedient. They might need a little bit more of your time when training them. Patience is definitely something you should have if you’re considering bringing a Shih Tzu into your home. However, don’t change your mind just yet. Despite them being a little stubborn, they’re one of the most loyal breeds you could ever have. Shih Tzus will follow you around and just want to spend as much time with you.

A common issue amongst Shih Tzu dogs is the difficulty of housebreaking them. Everyone in the house should have a firm hand and always impose the rules on these little ones. Despite that, with some extra patience and dedication, Shih Tzus are definitely a great addition to your household.

Many pet lovers adore the breed because of their inherent playfulness. They will definitely pick you up whenever you’re down. Ultimately, these dogs have happy and active souls that will surely grow on you.

Tempers of dogs aren’t really solely based on breeds. Usually, this varies individually. Shih tzus are known to be very affectionate and patient dogs. Although they’re stubborn, they’re willing to learn and are quite patient during the process.

Shih Tzus are also very social. Therefore, if you currently own other pets, you don’t need to worry much about your Shih Tzu’s interactions with them. They are even known to be good with cats. Furthermore, they are also great friends for all ages and love the company of both children and adults.

For that matter, they might not be good watchdogs. They tend to be amiable social beings who get along well with anyone.

Shih Tzu dogs are also known as chrysanthemum dogs because of the way their hairs grow in all directions. They are quite famous for their rich, soft, and luxurious coat. It’s been said that Chinese emperors used to have people designated to just brush these little dogs’ coats all day. With that being said, it doesn’t mean you should afford to give your pet the same luxury. Just a regular visit to the groomers should do the trick.

However, you can also do the grooming on your own if you wish. Combing your dog’s hair prior to bathing should eliminate all tangle issues when the coat is wet. It would be helpful to keep a wide-tooth steel comb in handy, to brush their coats once in a while to keep the matting away.

Shih tzus tend to shed their coats as they approach the one year mark, so this is something you should look out for.

Despite them being little lions, Shih Tzus are not immune to genetic health problems many small dogs often have. They usually suffer from eye conditions that affect their vision; one of which is the dry eye syndrome. Shih Tzu dogs tend to produce fewer tears which impairs lubrication of their eyes. This might lead to ulcers, corneal abrasions, and further complications if not attended to immediately. Moreover, they have more bulging eyes compared to the rest of small dogs, thus, they are prone to injury.

Furthermore, Shih Tzus have a rather flat and short face. This could give them respiratory issues in the long run. Because their noses are flat, they aren’t able to lubricate the air from outside their bodies as efficiently. This usually leads to a restriction of the air flow. It shouldn’t be too much of a concern – just something to think about if you live in a hot climate.

The average life expectancy of Shih Tzu dogs tends to be around 15 years. This is good news considering the previously mentioned predisposed genetic conditions they have. In general, they’re quite healthy dogs who can grow up with your kids.

There’s no such thing as a perfect breed. It’s only a matter of weighing the pros and cons and knowing what you want in a pet. Shih Tzu dogs are definitely a treasure to have! Their personality attracted pet lovers from all over the world including celebrities like Bill Gates, Nicole Richie, and Mariah Carey! 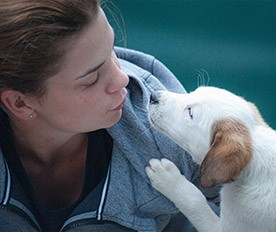